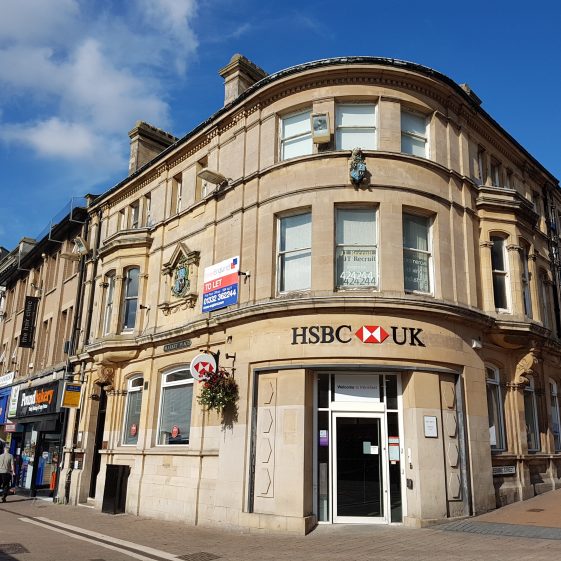 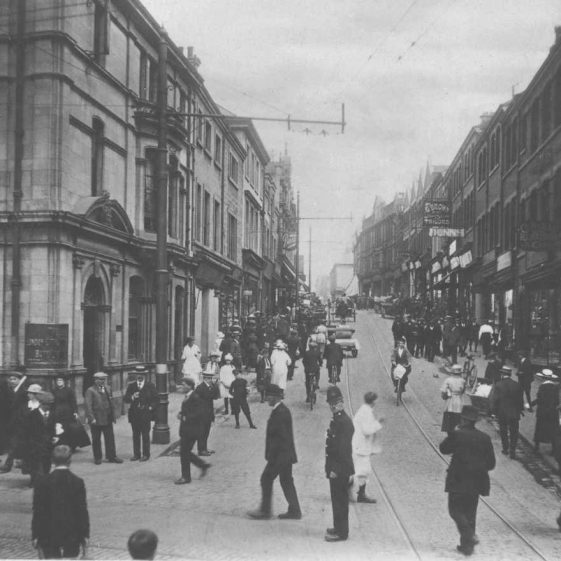 Leeming Street from the Market Place with Midland Bank on the left in 1919
Courtesy of D. Hill 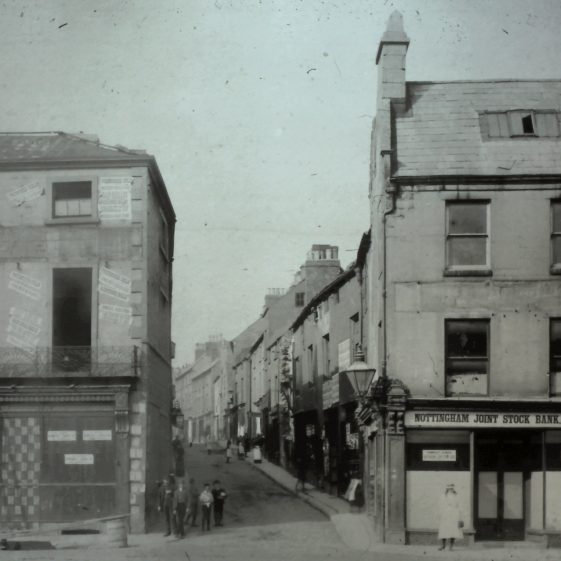 Leeming Street from the Market Place with the old bank building on the left, pre 1905
Courtesy of D. Hill

1 Leeming Street was first built as Nottingham Joint Stock Bank in 1893 and designed by Robert Frank Vallance, who was apprenticed to Albert Nelson Bromley and later partnered with Louis Alfred Westwick to form Vallance & Westwick.

In 1905 it amalgamated with the London City and Midland Bank and had to expand over the years into the adjoining buildings to accommodate for the growth in business and customers. Its new address became 1-5 Leeming Street.

Number 3 Leeming street was incorporated in 1923 to a design by Whinney, Son & Austen Hall of London,  of which Thomas Bostock Whinney — who was also married to Sydney Margaret Dickens, daughter of Charles Dickens — was a partner. The corner was reconfigured and it was again extended up to number 5 Leeming Street.

It was in the 1950s when the prominent curved corner entrance was installed, while the road was being realigned.

It remained the Midland Bank until it was renamed HSBC in 1999, then later changed its name to HSBC UK in 2015.

The building is not listed but there are other listed examples of Midland Bank by Whinney, Son & Austen Hall.

The building is in fair condition, if in need of some redecoration. The ground floor aluminium-framed security windows also have a non-original top light configuration.

The building features a striking crest on the Market Place elevation and the aluminium windows are not original but not overly dominant.

NOT INCLUDED IN THE SCHEME

Comments about this page