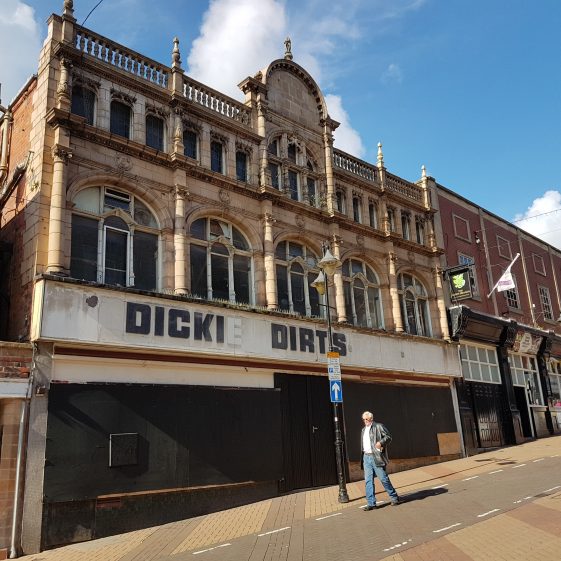 The Old Boots building at 11 Leeming Street in 2017 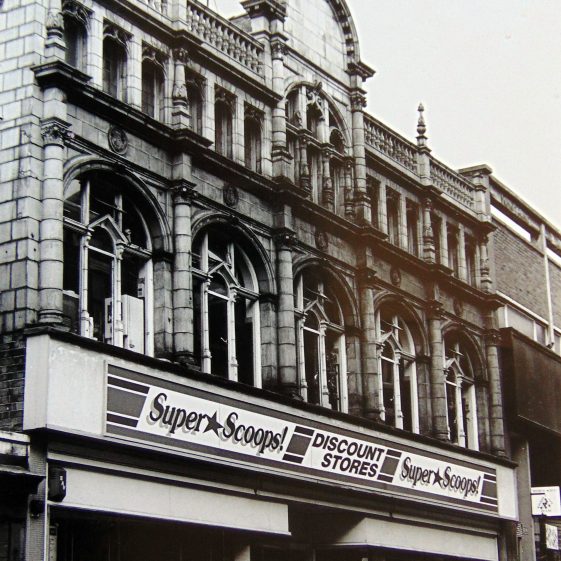 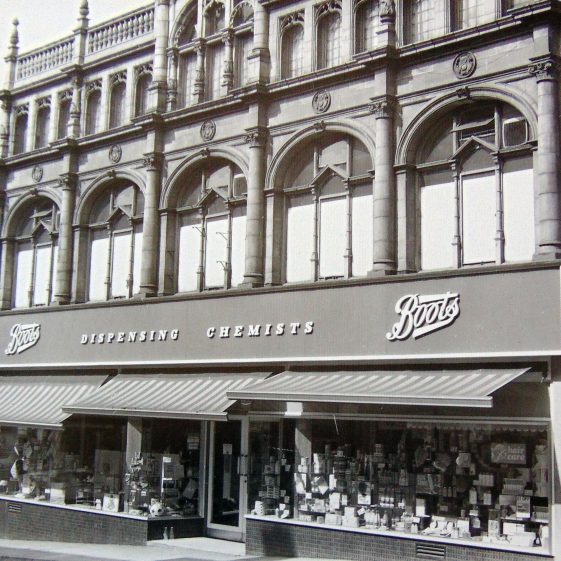 11 Leeming Street was built in 1901 and designed by Albert Nelson Bromley, a Nottingham-based architect who designed many Boots and other buildings around Nottinghamshire.

It later became a discount clothing shop named Dickie Dirts, which was opened by the heavyweight boxing champion Henry Cooper in 1980.

The old Boots building is Grade II listed with an ornate façade, which features roundels with the letter B.

The building contains ashlar upper floors with timber. Some stained glass remains in the window spandrels.

The Dickie Dirts shop fascia is historic in its own right, but it is badly damaged and no longer used. The upper floors are also in poor condition.

Explore the evidence for the original shopfront to be reinstated and carry out repairs to the upper floor and windows.