A building of unique design and once the home of Leckenby's 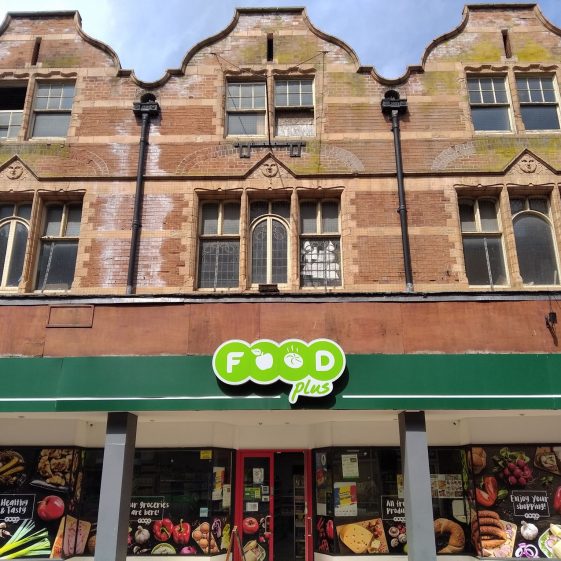 The Leckenby's food store with full gables at 23-27 Leeming Street in 1950
Courtesy of D. Hill 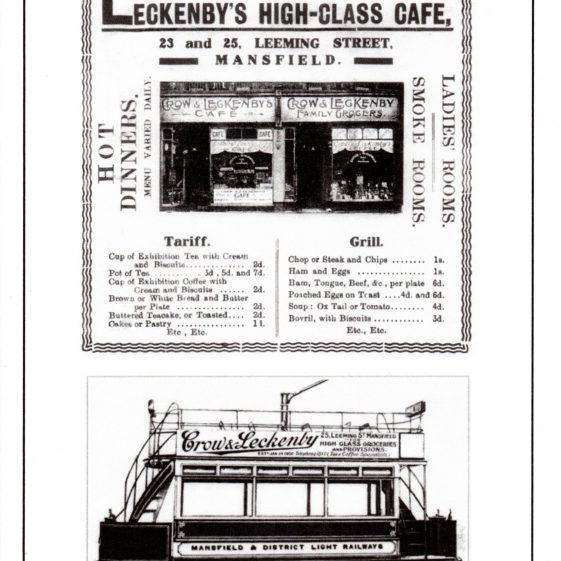 Fancy a Bovril with biscuits at Crow & Leckenby's?
Courtesy of D. Hill

One of the more popular businesses to occupy 23-27 Leeming Street was Leckenby’s, a high-quality food store pioneered by Mr Charles Crow and Mr Leckenby in 1902. Both had been employees at the Allen & Co. grocer’s of Church Street before deciding to found the Crow & Leckenby café at 23 Leeming Street, which was later extended into number 25 to include a grocery in 1906.

After WWI, Mr Leckenby ran the business himself and the Leckenby’s name was retained, despite a series of buy-outs by other companies, until its closure in 1973.

The Food Plus, formerly Pasikonik, Polish supermarket has been on the site since 2015.

The building is not listed but has a unique design inspired by the Dutch style.

The building features red-brick upper storeys with terracotta dressings, three of which are round faces. The gables were cut down at a later date, presumably for safety reasons.

The building is quite ornately decorated with the large mid-late 20th-century shopfront covering the whole of the elevation.

The vacant upper floors are in poor condition. Some safety work was undertaken to the pediments but some of the coping stones may still be loose.

The is also some white salt staining to the upper floors which could be the masonry drying out after repairs and the sash windows are also in poor condition.

Explore the evidence for the original shopfront and include for reinstatement and consider reinstating the missing pediments.