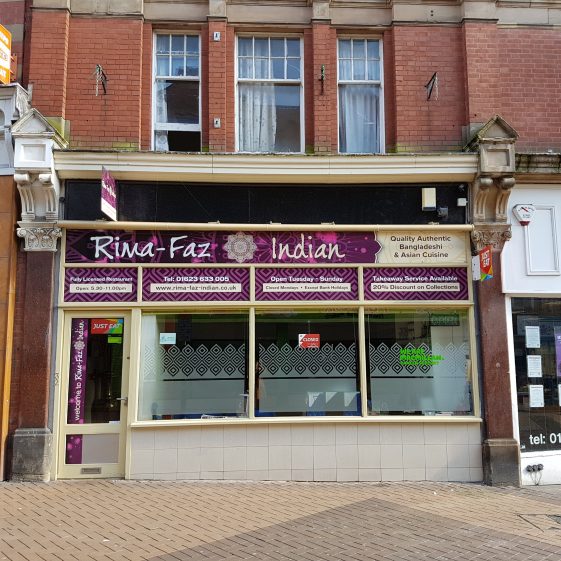 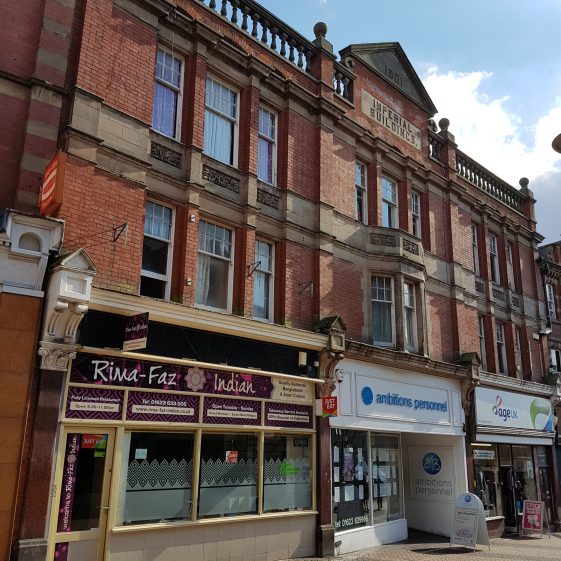 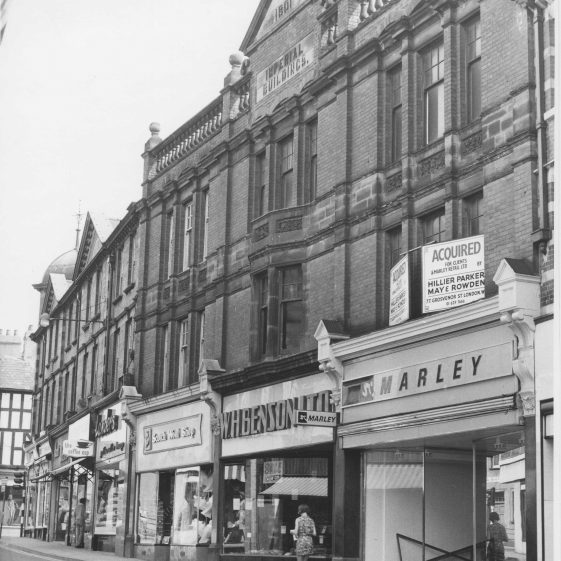 The Imperial Buildings in 1969
Courtesy of D. Hill

It is part of the Imperial Buildings, from 28a-32 Leeming Street, which was designed by Vallance & Westwick of Mansfield in 1901 for a Mr J. Greenwood.

The Rima-Faz is an Indian take-away and restaurant.

It is a Grade II listed building. The parapet features a tablet inscribed with Imperial Buildings and the date, 1901.

The building is in good condition. The late 20th-century shopfront utilises the original corbel and cornice features and the upper floors also have the original timber sash windows.

Explore the evidence for the original shopfront and reinstate and repoint the stonework.