A medieval shopping street with a stunning visual history 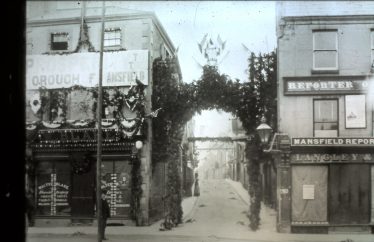 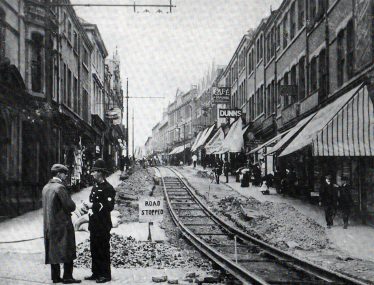 zoom
Tram tracks being laid on Leeming Street in the 1900s
Courtesy of D. Hill 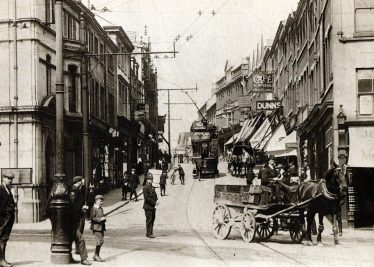 zoom
Leeming Street in 1911
Courtesy of Lynn of Blooming Wonderful 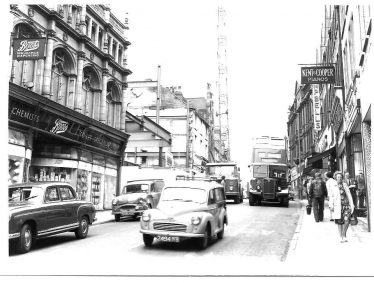 zoom
Cars on Leeming Street in 1964
Courtesy of D. Hill 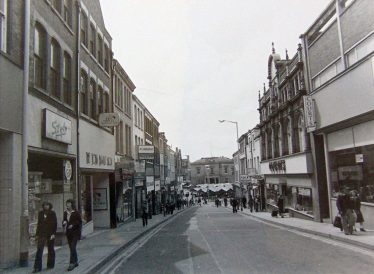 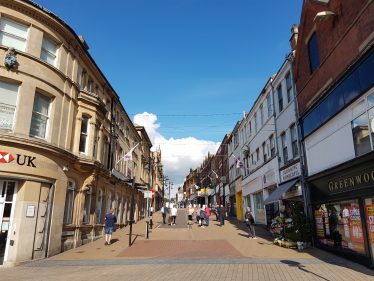 Leeming Street dates back to medieval times and has been one of the main arteries leading to the Market Place heart of Mansfield for centuries.

The street was widened at the end of the 18th century and again around 1904, and even had tram lines later installed to accommodate the growing number of shoppers. Many people will still remember it being a busy roadway for cars as well as pedestrians.

Leeming Street has a broad history of shops, particularly tailoring and dress-making services. The only one that still remains is the long-standing Sally Twinkle at the Handley Arcade. Latterly, beauty salons and barbers have been dominant.

The street has been characterized by various shopfronts. Above these shopfronts, you can still admire the predominantly late Victorian façades of the buildings, some of which are quite ornate and distinctive.  These are intermingled with 20th-century buildings and even Georgian buildings, which are still visible, displaying a visual timeline of the street’s history.

Leeming Street boasts some of the most architecturally diverse buildings in Mansfield as well as several Grade II listed buildings, such as the Boots building, Imperial Buildings, and the Brunts Buildings. So, the next time you’re on Leeming Street, look up! A lot of Mansfield’s architectural history and heritage are just above your head.