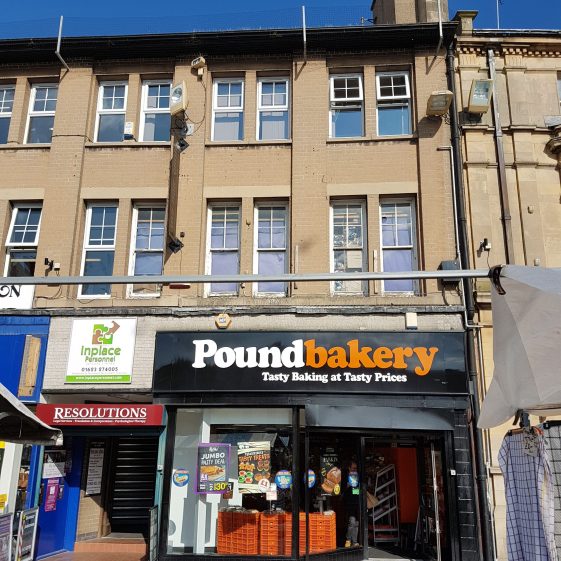 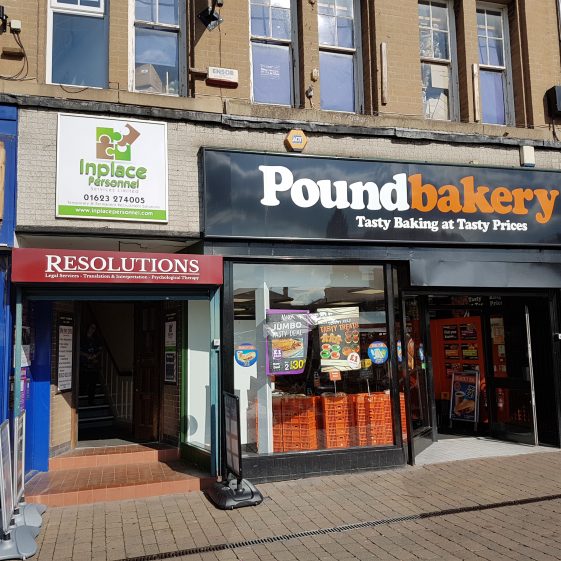 Imagine the transformation with a traditional mid-20th century shop front. 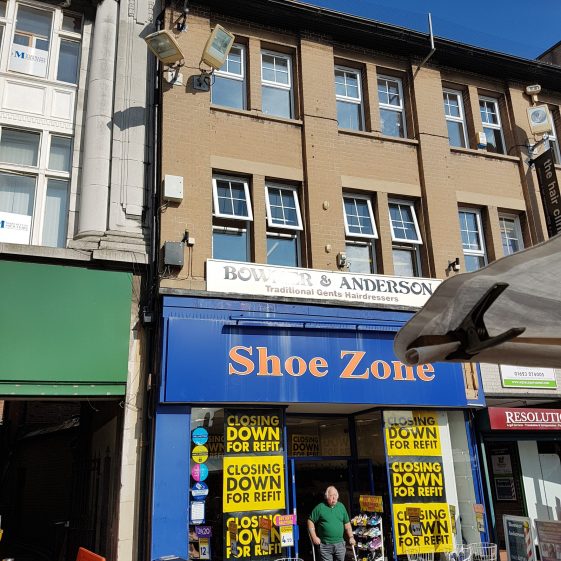 Has this always been a shoe shop?

26-29 Market Place dates from the mid-20th century and is possibly a re-facing of an early 20th century building.

The building is in fair condition but the facing materials are out of character. There are UPVC replacement windows on the second floor and most of the first floor, where two original windows remain. The shopfront signage is very dominant, including those promoting upper floor commercial units.

NOT INCLUDED IN THE SCHEME