Historically, a street of culture as well as commerce 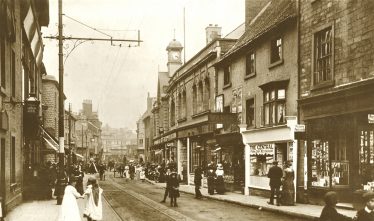 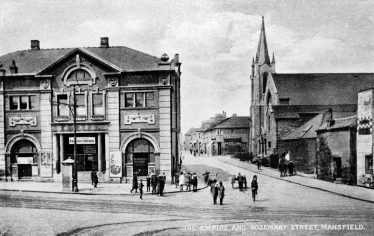 zoom
The Empire Palace of Varieties in 1914
Inspire: Culture, Learning and Libraries 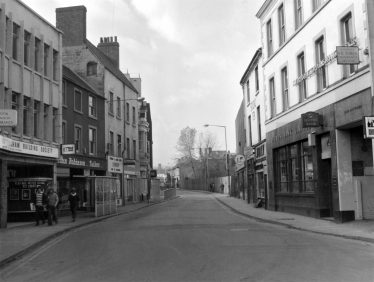 zoom
Stockwell Gate before the Four Seasons in 1973
Inspire: Culture, Learning and Libraries 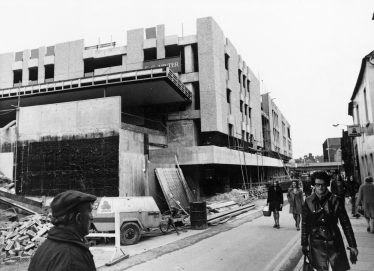 zoom
Tesco being built on Stockwell Gate in 1975
Inspire: Culture, Learning and Libraries 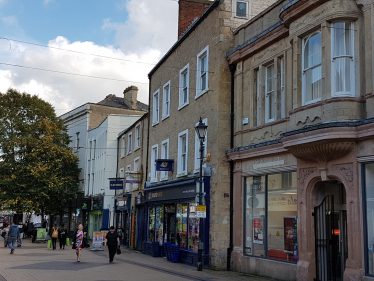 One of the main medieval routes that lead into Mansfield town centre, Stockwell Gate has seen many changes and played host to commerce, culture and catastrophe.

In 1791 Stockwell Gate held the Wesleyan Methodist Chapel – when Mansfield Town Football Club was established in 1897, it was first founded as ‘Mansfield Wesleyans’.

The Empire Palace of Varieties, opened in 1914, once stood at the corner of Stockwell Gate and Rosemary Street in an era when the theatre was prevalent and cinema was dawning. It was a theatrical venue and ‘Bioscope‘ cinema and was where the famed ‘Flanagan & Allen’ comedy act — most famous for their war-time song, ‘Run Rabbit Run’  — had their first engagement in Mansfield. Like many theatrical venues, it was later converted into The Empire Super Cinema in 1929. Closed in 1961, The Empire Cinema was demolished in 1973 along with many other old buildings to make way for the Inner Ring Road. This and the development of the Four Seasons Shopping Centre completely changed the look of Stockwell Gate.

Stockwell Gate was also the long-time home of the Mansfield & Sutton Co-operative department store which suffered destruction by a great fire in 1918 but was rebuilt in 1922. It was later conjoined to the Four Seasons by way of an overpass which runs over the street.