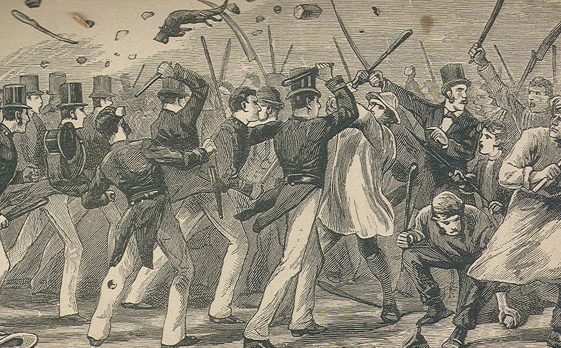 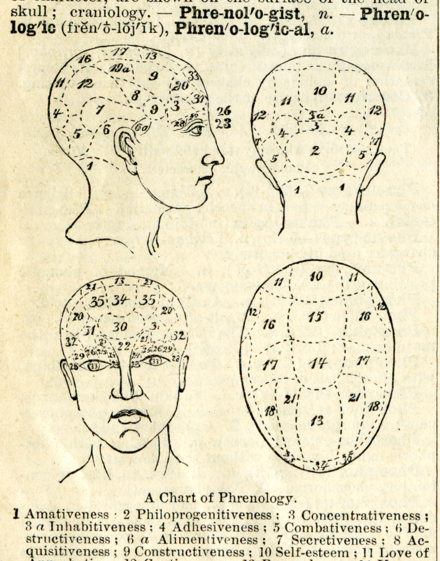 Beth Fletcher has uncovered the story of a Chartist rally in the Market Place that turned into a riot! Read the full story here…

Between the 12th and 14th August 1839, riots took place in Mansfield’s Market Place in support of the Chartism movement which was popular around this time. The rioters took over the Market Place for some time and managed to stone the Yeomanry out of the market when they attempted to uphold order. A troop of cavalry were called and when the crowd refused to disperse, the cavalry drew their swords and charged, giving blows with the flats of their swords. The rioters fled, with some attempting to escape the cavalry by running up Leeming Street, but they were caught and arrested.

Chartism was a political movement from 1836 to 1848 whose main aim was to gain political rights and influences for working class men*. It got its name from a petition known as the People’s Charter (1839) which set out the demands the working men wanted. Many working people were unhappy at this time due to high rates of unemployment and a decrease in wages in the textile industry, a large employer in Nottinghamshire and Mansfield, but they had very little political influence (around 813,000 out of 24 million people were eligible to vote in the UK), and many laws favoured the rich and suppressed the interests of the poor.

Literacy rates were improving which allowed for information to be transferred around quickly through posters and pamphlets, and some of the most influential figures within Chartism were from Nottinghamshire, including Jeremiah Brandreth who was from Sutton-in-Ashfield. Alarmed by the revolution taking place in France, the Whig government attempted to prevent social unrest among the poor by introducing tougher sanctions for sedition (behaviour likely to incite people to violently rebel against the government). This included the Combinations Act (1799-1800) which prevented meetings between workers and made trade unions illegal. People who were arrested in Mansfield’s Market Place in August 1839 would probably have been charged under this Act and would have been punished with either three months imprisonment or two months hard labour.

*Women didn’t get the right to vote until 1918, and that was only those over the age of 30 who were property owners (or their husbands were) – it took ten more years of campaigning before women gained equal voting rights with men.

When looking through the newspaper index file, Carolyn Hallam found mention of a cricket bat seller and a phrenologist consultant listed for 11 Leeming Street in the late 1800s. Carolyn has also unearthed a report of a break in at the same address. Read on…

Boots, 11 Leeming Street was broken into on the 17th August 1922.  £40 worth of goods (around £2,500 in 2022) were taken including six gold wrist watches, 12 silver cigarette cases, three ladies’ silver vanity cases and one leather cigarette case. The burglars entered through the skylight from the yard of the Green Dragon pub and would have had to climb along the roof before removing a pane of glass . Once inside the building the thieves removed  pictures so that they would not knock them and make a noise whilst crawling under them.

The police recovered some of the articles from pawnbrokers in Bullwell and Chesterfield, In December 1922,  three Mansfield miners living in Belvedere Street and Princes Street were brought before the Mayor, Mr H. Daniel. The men were charged with larceny (theft of personal possessions, reduced from the more serious crime of shop breaking) and each sentenced to three months in prison with hard labour.