From a Former Dispenser 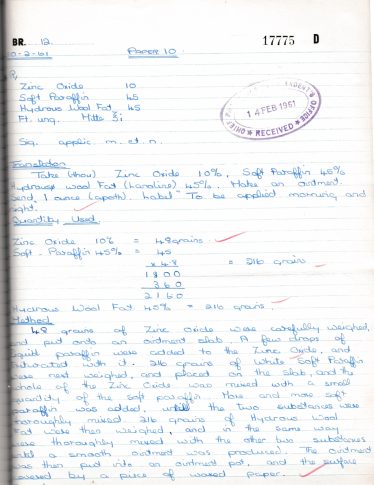 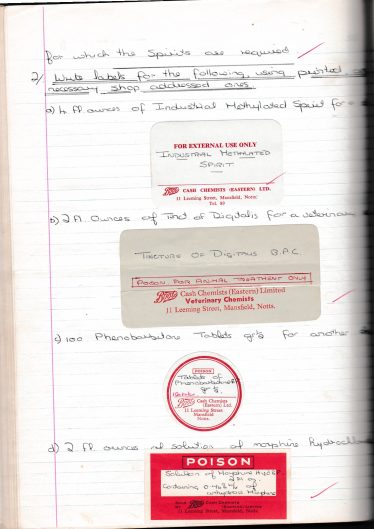 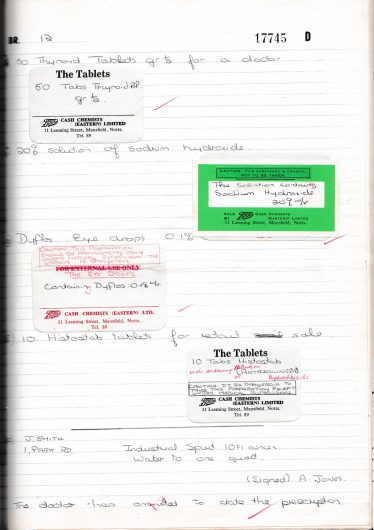 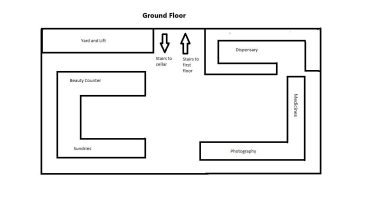 zoom
Layout of the ground floor of Boots in the 1960's 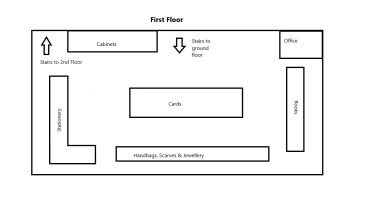 zoom
Layout of the first floor of Boots in the 1960's

My mother worked in the dispensary at Boots on Leeming Street from 1958-1967 after leaving school. She worked 9am-6pm Monday-Saturday, apart from Wednesday which closed at 1pm. Every 4-5 weeks, the dispensary would open until 7pm.

Her training  was undertaken via paper based instructions, working in the tea room above the store and sending off the papers to be marked.  The training was divided into 3 sections; pharmacognosy (the study of medicines from natural sources), forensic pharmacy (the rules and regulations) and dispensing, which in those days meant making many of the products from scratch.

Tablets were counted out individually and labels were all hand written.

Doctors would often send the recipe on the prescription and the medication had to be made up from raw ingredients such as sulphuric acid, hydrochloric acid, tincture of opium and well as liquid paraffin for making ointments.

One common request from customers was for a cough mixture known as  “5 ha’p’orths”.  As this was dispensed as needed, rather than being bottled ready, they would ask for it by price e.g  “ 6 penny worths of 5 ha’p’orths”

Customers could buy starch in 1 shilling packets and often asked for vinegar, either bringing their own containers to put it in or asking for it to be put in a bottle.

The dispensary was in the corner of the gound floor and had some glass fronted wall cabinets full of bottles with cork stoppers. There were also closed cupboards for the dangerous drugs.    The dispensary only had cold running water with hot water only available in the staff room or the cellar.

There was a wooden till with a pull out drawer and carbon copies of receipts were made.

Also on the ground floor, was the beauty counter, photograpic, medicines and other sundries

Other Parts of the Building

The second floor was the store room for the first floor. It also housed the staff room, tea room and ladies toilets.

The cellar was the store room for the ground floor and housed the mens toilets.

Out the back, was a passageway where the deliveries were made. These included oxygen cylinders, which the staff had to deliver to customers via taxis.